What began as a retooling of our production process ended up as a full-scale rebuild of every font in our library. The new, updated fonts are now available to all customers as free upgrades. The changes are almost entirely technical in nature – in other words, the design of the typefaces remains the same – but the improvements are beneficial to everyone, particularly those who licensed webfonts or who regularly use Microsoft Office applications on Windows. Many of the changes were based on customer feedback so if you ever experience problems with our fonts, get in touch – we’re here to help. 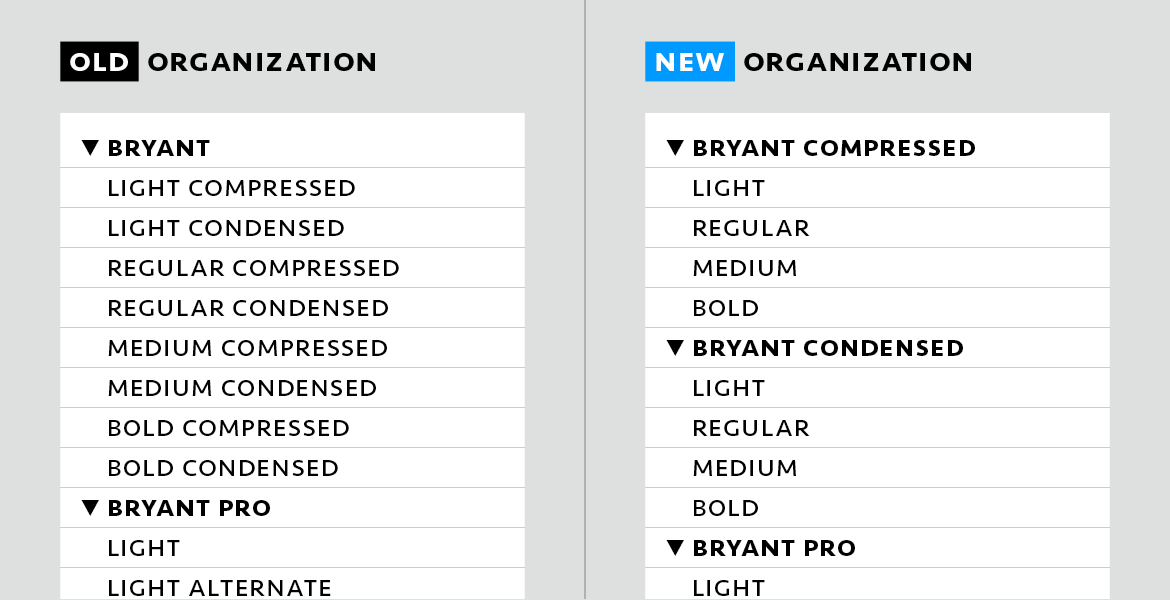 The way three families display in the font menu has changed. In this example, Bryant Compressed & Condensed are no longer grouped together under Bryant. 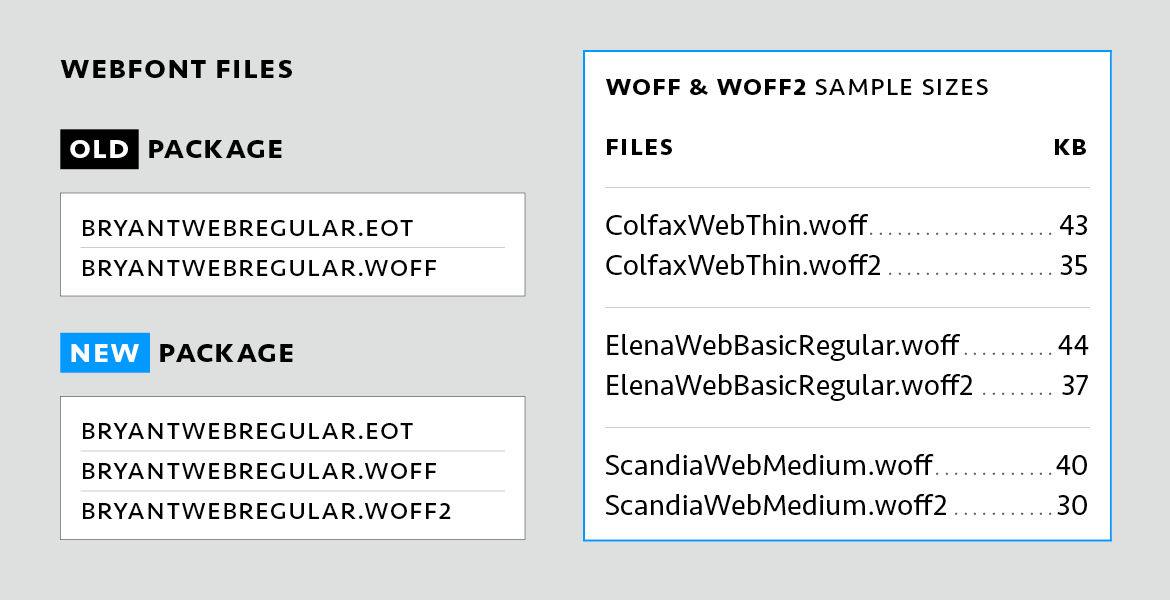 We added the WOFF2 font format to all webfont packages for a total of three format options. The examples on the right show the file size differences between WOFF and WOFF2.

How to Upgrade
First, sign into your account and re-download your licensed fonts. Desktop users should uninstall existing fonts, restart, and then install the new fonts — in that order. Because the internal names of the fonts changed for the three reorganized families — Bryant Condensed or Compressed, and Klavika Condensed – existing documents using those fonts will have to replace the old fonts with the new fonts inside the document. Webfont users, upload the new versions to your server and check that the new font file names match the old. And for those of you using Typekit, republish your kits and the latest versions will be served.